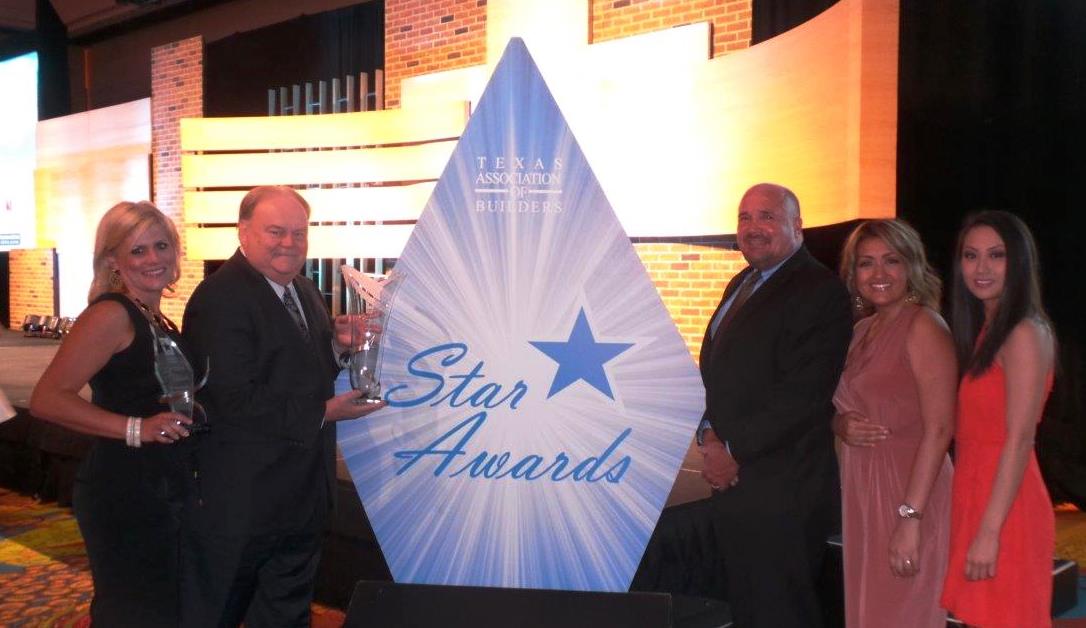 Houston, TX       Ashton Woods received the Grand Award for Volume Builder of the Year/High Volume in the prestigious Star Awards presented recently by the Texas Association of Builders. Ashton Woods’ Shawnda Lancaster was named Sales Manager of the Year in the competition that invites entries from Texas and the Southwest. Vince Bryant with Wells Fargo won Mortgage Industry Professional of the Year. Bryant works exclusively with Ashton Woods buyers. In all, the builder was a finalist in 11 categories in the best-of-the-best competition. “It is such an honor to receive the Grand Award for Volume Builder of the Year,” said Dan Gezella, vice president of sales and marketing for Ashton Woods Homes’ Houston division. “It is the competition’s most coveted award. We also are happy the awards recognized Shawnda and Vince’s diligence and commitment. They each have incredible drive and approach their jobs with an unparalleled level of creativity and knowledge.” Lancaster also was named Sales Manager of the Year in the 2013 Houston’s Best PRISM Awards, hosted by the Greater Houston Builders Association. Launched in 1992, the Star Awards recognizes the outstanding work of builders, remodelers, architects, designers, sales professionals, marketing professionals, construction professionals and industry leaders. Awards were given in more than 75 categories. Ashton Woods, named the Most Trusted Builder in America for a second consecutive year by the Lifestory Research 2014 Most Trusted Builders in America Study, SM builds in 14 communities throughout Houston, with prices from the $190,000s. For more information on Ashton Woods, visit www.ashtonwoodshomes.com. From fit to finish, our award-winning studios and team of designers bring your style to life.

We build all across the country, and our homes are inspired by the places that surround them. Discover the one that's right for you, wherever you are.