Home Learn From Our Designers Ashton Woods Wins A.R.E Design Award for The Studio in Phoenix 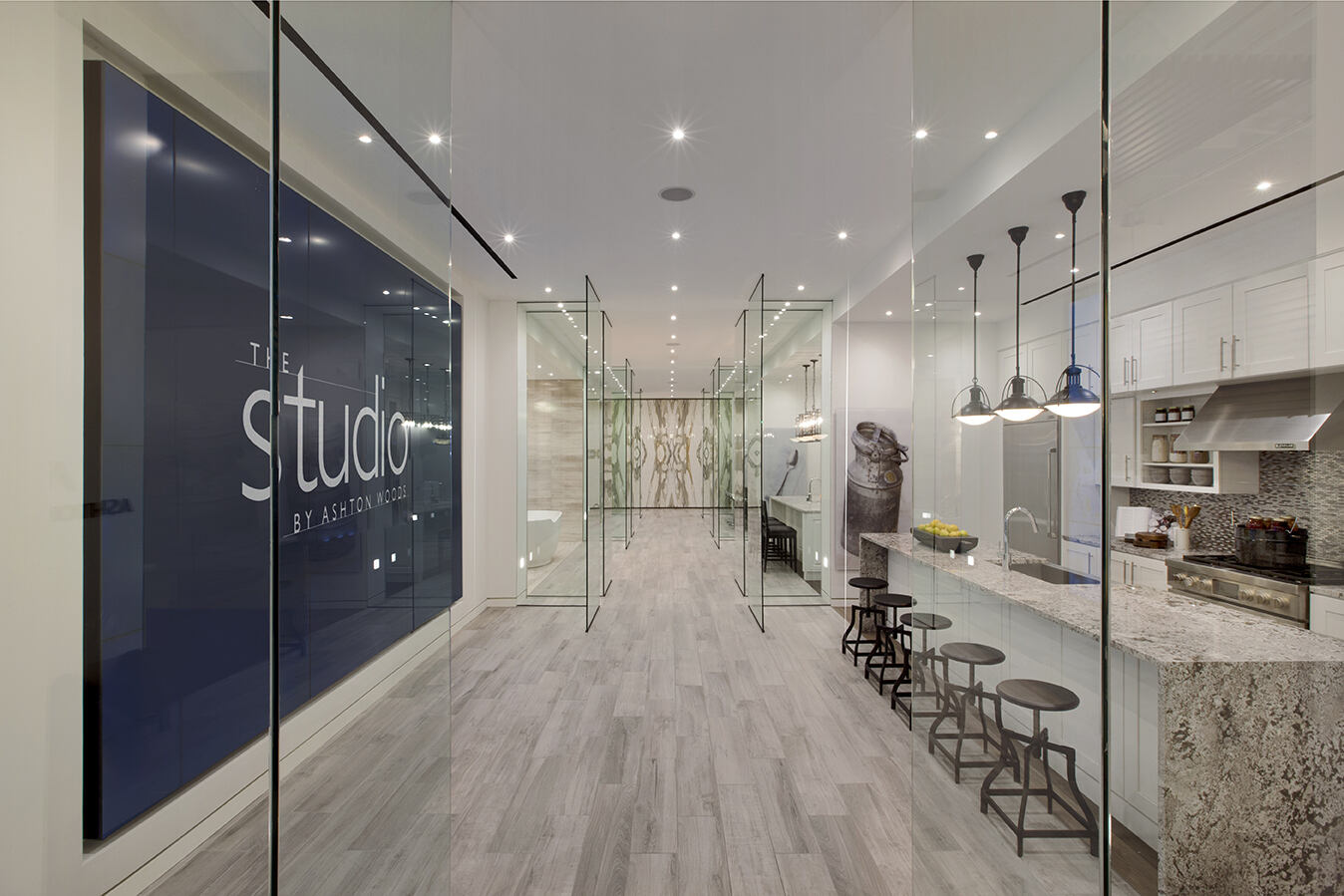 The Studio in Phoenix wins Gold Award for Service Retailer at the A.R.E. Design Awards in Las Vegas

Ashton Woods, one of the nation’s largest private homebuilding companies, is proud to announce that The Studio by Ashton Woods in Phoenix was named the Gold Award winner in the Service Retailer category at the Association for Retail Environments (A.R.E.) Design Awards in Las Vegas. The highly coveted award solidifies Ashton Woods’ commitment to exceptional design and its ability to deliver its customers unrivaled possibilities in homebuilding at The Studio.

“At Ashton Woods, we collaborate with our homebuyers to discover their source of inspiration and build homes that are a true reflection of their styles and passions,” said Carrie Schonberg, VP of Marketing at Ashton Woods. “We believe that every home’s design tells a story.  And at The Studio in Phoenix, our team of experienced design consultants works together with homebuyers to build a home that tells their own unique story and brings their vision to life.” The Studio by Ashton Woods is where design, personalization and possibilities come to life.

The Studio in Phoenix received the Gold Award recognition for its state-of-the-art facility designed in partnership with Anna Simone of Cecconi Simone, Inc., an internationally renowned design firm based in Toronto. She has worked with Ashton Woods to design new Studios in several other markets, including Raleigh, NC, Charleston, SC, and Houston, TX, creating the ultimate destination for customers to collaborate with Ashton Woods’ team of experts to design truly inspired homes. “It is a true honor to be recognized in the company of design leaders such as Polo Ralph Lauren and Chanel,” said Ken Balogh, CEO of Ashton Woods.  “Our commitment to excellence in design is at the core of who we are and what we deliver in each of our homes and communities at Ashton Woods, and we are thrilled that this recognition from the Association for Retail Environments reinforces our trailblazing approach to delivering high design to our customers.”

The Studio in Phoenix opened its doors to the public in September 2014, and has been delighting customers ever since. Ashton Woods was named the winner of the prestigious Gold Award among more than 65 renowned international design projects, competing against the likes of Chanel, Nike, Polo Ralph Lauren, Uniqulo and Whole Foods.